In August, I moved to start a new job at The University of Alabama in Huntsville. To be perfectly honest about the way I feel about things, I must tell you that I am a bit all over the place. I am teaching a lot. Trying to write. Applying for things. Making new work. Dealing with framing and exhibiting old work. Setting up the University's new letterpress studio. Setting up my new studio space. Cleaning up an old printmaking space. Everything is new, overwhelming and time consuming--a Shift indeed!
Each of the things that have been taking up my time and my headspace over the last three months have drastically interrupted the momentum of the artist book I am making for the Shift exchange. (A brief recap on the project: Denise, Sarah, Macy, Tricia and I will each design, print and bind a small edition of an 11x16 cm book with the theme or title of Shift.)

I begin where I left off. Three half-finished mock-ups are unpacked. Despite how awkward and embarrassing they may be, I read and re-read pages of unedited writing. With half a heart I glance through stupid sketches and dumb plans for imagery.

I identify with Sarah's thoughts after picking up her project after a hiatus: "So today is a day for models and mockups, a frustrating and satisfying investigation of an idea that has cooled slightly after a month of neglect.”

So today is a day for looking back. And tomorrow, I will move forward.
Part I
Iceland, I am looking back at you to see, if you are looking back at me looking back at you.
I traveled to Iceland in February of 2013 and it was in Iceland that I was (not surprisingly) inspired by the landscape. My work typically uses landscape as a stage on which the narratives play out. I learned in Iceland that the landscape is different. The heavens reach all the way down and touch the ground that we walk on. The land is moving and changing quickly. In Iceland, the land is not the stage, but rather a character with a story of its own to tell.

Part II
Fact: There are two mountains in Icleand, Baula and Litla Baula.
In Aurora, New York I visited an Icelandic Sheep Farm and bought the wool coat of a lamb named Baula. 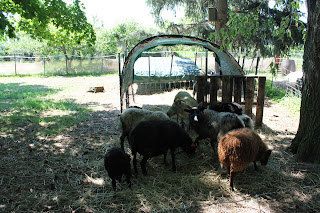 My daughter, Helen carded and spun Baula's coat, while I knit it into a sweater. And I made a drawing of the Icelandic sheep farm in New York State. This is the part of my art making practice where I make things that are not intended for exhibition.


Part III
Fact: A copyist is a person who makes multiple copies, which are written by hand.
I visited the Fiske Collection--one of the largest collections of Icelandic manuscripts in the world--and looked at very old books. In the stacks I perused the section of "tinys" (books 11 x 16 cm or smaller are shelved together). 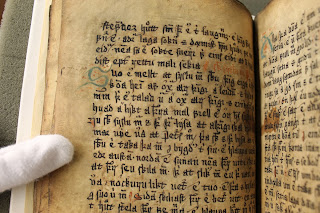 While exploring the Fiske Collection I learned about copyists. A copyist was typically employed to write multiples of poetry, sagas, and musical scores. To copy is to make and re-make, to tell and re-tell, and to write and re-write. In contrast, a printer would be employed (generally by the Church or government) to print multiples of law books and bibles.

The narrative for my artist book Shift regains some of its original shape:
Part IV
Fact: I barely have an idea, but I do have a place to start.

My students will be extremely pleased to know that my next task is to make a mock-up, or two, or three...whatever it takes. 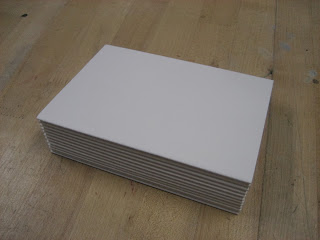 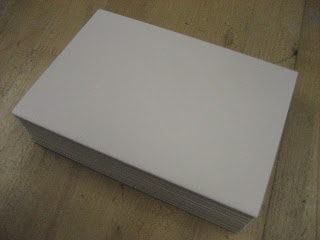 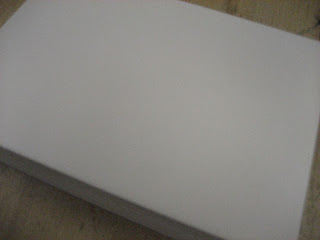 Posted by Katie Baldwin at 11:13 AM No comments: