Confession: I have been living in Alabama since August and I haven't written a lick about the move. It is not entirely my fault, because honestly, where does one begin when one moves from The North to The South? Clearly, there is a lot to say. I had only been to The South once before, and that was in the spring when I interviewed at the University of Alabama. I took the job and loaded up a 14 foot Uhaul with an etching press, a Vandercook, a cabinet of type, and a cat, eventually arriving in Hunstville, Alabama. If you have ever moved a press (or two) you know it goes without saying that this was an epic move. Perhaps you have tried to get a tenure track job? Or more specifically a tenure track job in book arts and/or printmaking? If so you will know that this was an epic job hunt. Or have you attempted to maintain an art practice while you juggle way-too-many-things? If you can relate, you will know that this was an epic year.

And it is difficult for me to write about such epic things. So I will start with something simple: my new studio. As an Associate Professor in Printmaking, I have my own studio space: four walls, two windows, one high ceiling, a concrete floor, a sink, and a separate storage space. I am going to take a guess at 400 square feet of art-making space.

As I adjust to my new home, new job, new students, and new friends, I am quietly working in this new space. Drawing, prepping paper, setting type, and filling paper bags with chips of wood. 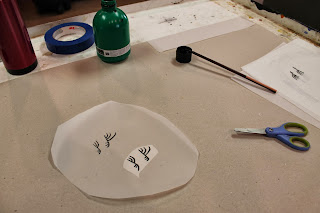 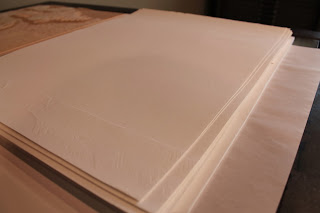 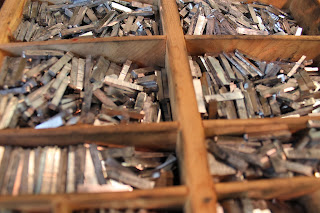 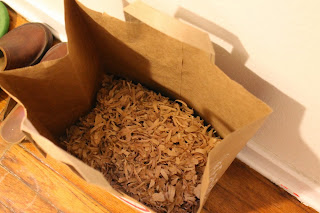 And new work is starting to take shape. 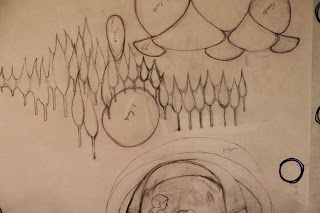 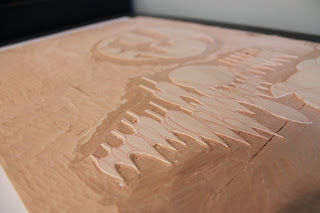 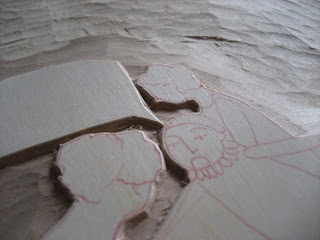 I feel a kind of hesitation, looking at these photos of the studio. These images show show a space that has order (and it is true, like any good printmaker my studio has order). But it wasn't always like this. From the moment I arrived in Alabama, it took serious effort to get all of the equipment on the third floor and in its place. I had incredible support from my colleagues and the facility workers at UAH. But my friend Miguel, my daughter Helen, and my boyfriend Curt also helped--a lot. Damn, Curtles can problem-solve like a printmaker. 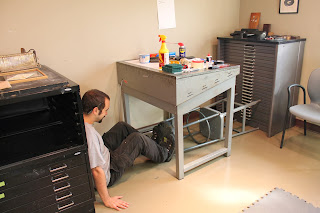